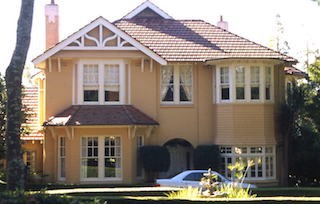 The home was built in 1896 by retailer Cecil Hordern, and was originally only single storey. In 1904, William Arnott of the biscuit family acquired the property and added another storey. The original William Arnott was a Scottish emigrant that worked as a baker. William Jnr who owned Pitlochry was one of 5 sons who went into partnership with the father. Pitlochry was noted by the National Trust to have charming features associated with Federation architecture - a spacious entrance hall, well proportioned rooms, Wunderlich ceilings of pressed metal, large windows and many verandahs.